I had been sceptical of digital voice modes as the standards supported by the major manufactures are all proprietary. This will lead to competing 'standards' along the lines of Betamax vs VHS where early adopters are the losers.

Recently I became aware of an open source standard which will work on existing pc's called FreeDV. I have also realised that digital voice on HF is no different to RTTY, PSK or JT65 for communicating because those modes are also only able to be decoded by computer. Given the woeful state of my CW I may as well add that to the list as well!

My computer runs Ubuntu 14.04 with the xfce windows manager. There is a FreeDv package available from the FreeDV link above which works with this configuration. I did try to install it on Linux Mint 16 but had problems.

To configure the 4 inputs and outputs I needed to use alsamixer and pavucontrol (both available from the Ubuntu Software Centre).

alsamixer setup for the internal sound card used for the audio input from radio to computer (using the computer line in socket) (1) Note that 'Input source' is set to the input you are using to get audio from the radio and 'Capture' is used to set the level for that input source. 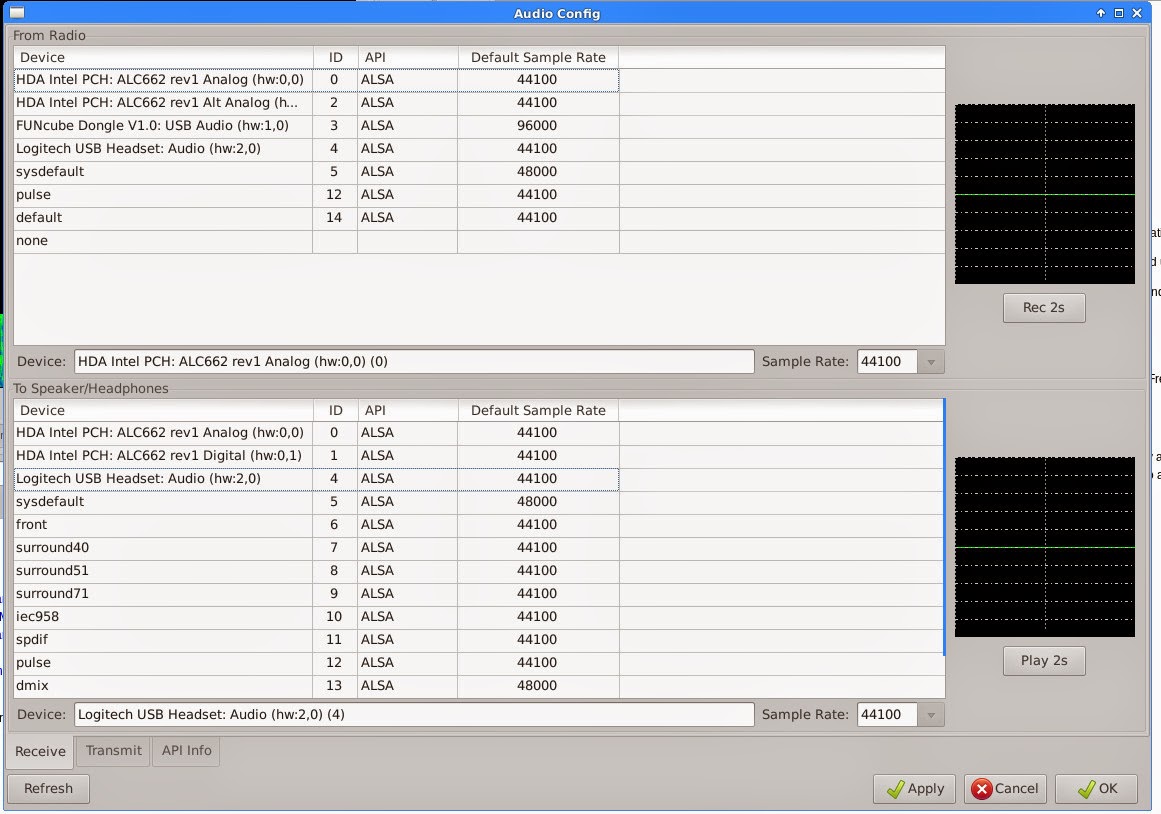 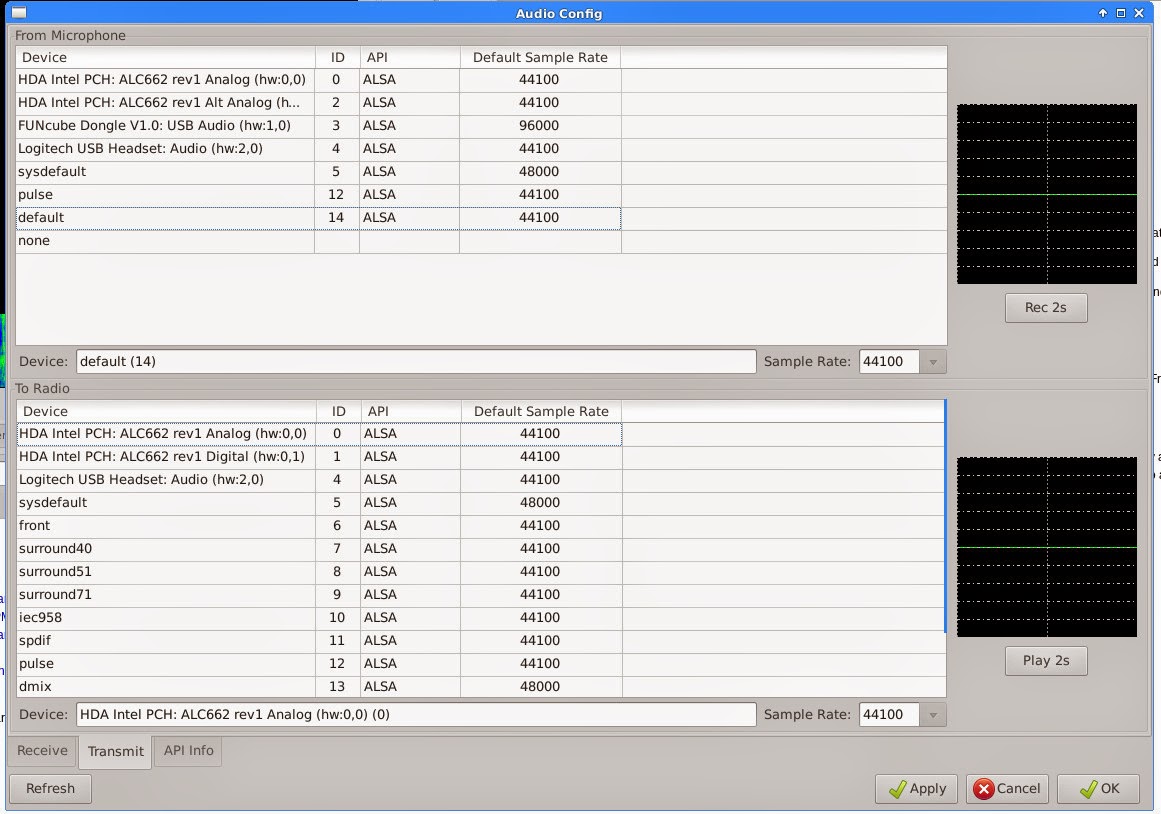 I also had to use pavucontrol (PulseAudio) to adjust the transmitted audio so it isn't over driving the radio, although I haven't experimented enough to see if I could also do this using alsamixer. I think I should be able to.

I have a Yaesu FT-920 and the audio in/out from the computer is connected to the data port along with the USB-serial CAT cable for PTT control. 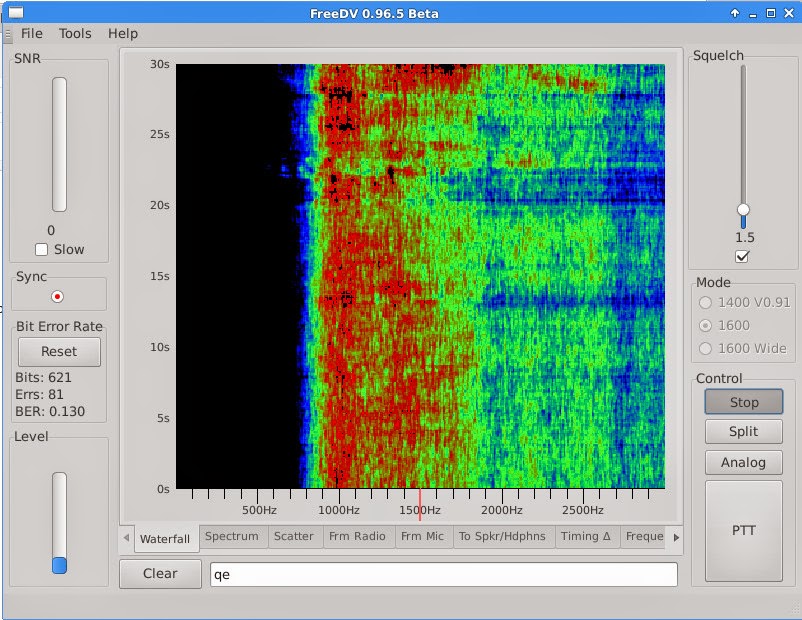 What the FreeDV waterfall looks like without a digital signal being received.

That's it for now, there are more instructions for setting up and using FreeDV here.

If you would like to set up a sked please let me know, my email is on the top right of this blog or on QRZ.com (G0FCU).