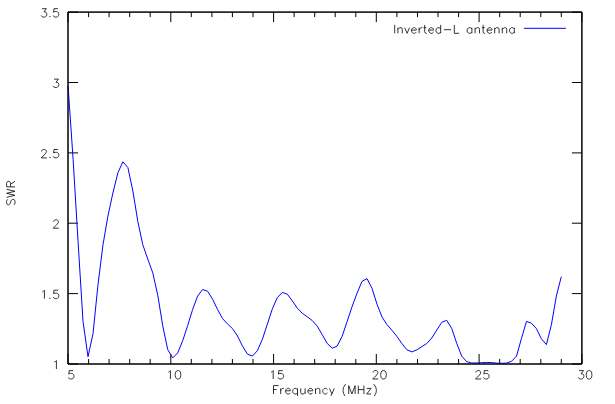 The alternative title for this post could be "Even more fun with antennas"!

I know that the inverted-L that I erected recently resonates on the bands that I wanted it too (i.e. 10/14/18Mhz) but tuning wire antennas to resonance always involves a lot of running between ends of the antenna and rig, taking notes of SWR achieved at specific frequencies and working out whether to shorten or lengthen the wire.

An antenna analyser can help reduce some of this effort as you get a graph of SWR plotted against frequency. However, these cost upwards of £200. Now bring to the table the ubiquitous Arduino, my favourite 'toy' tool of the moment.

I found several designs for antenna analysers based on Arduino's but I think it was someone on Twitter who pointed me to the design by K6BEZ. If you have an Arduino and a few resistors this is really cheap to make. I had to buy the diodes and the op-amp, but these cost me less than £10 on e-bay with an op-amp and about 10 diodes to spare.

Setting the frequency range to scan involves entering the commands below via the Arduino serial monitor. The key commands in the Arduino sketch are:
e.g. 12000000A sets the start frequency to 12Mhz.

The results are returned to the serial monitor and in the default sketch are:
To get the graphs shown here I have simply copied the data into a spreadsheet, converted the frequency to MHz by dividing by 1000000, and divided the SWR by 1000. I have then used gnuplot to create the graphs.

Line 2 sets the output filename  to 'g5rv.html'.
Line 8 loads the data from a file called 'data' (frequency and swr, one pair of data values per line, separated by a space) and give the output the title 'G5RV antenna'. 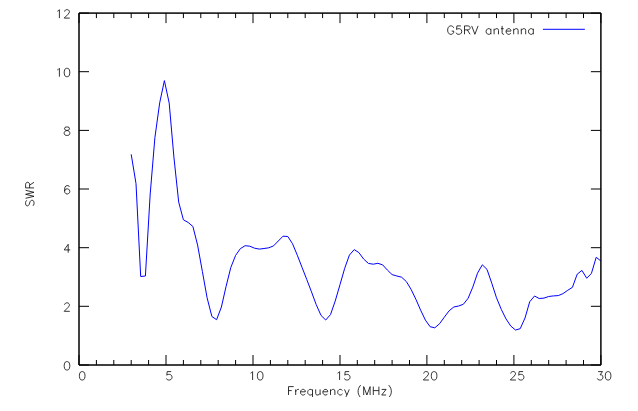 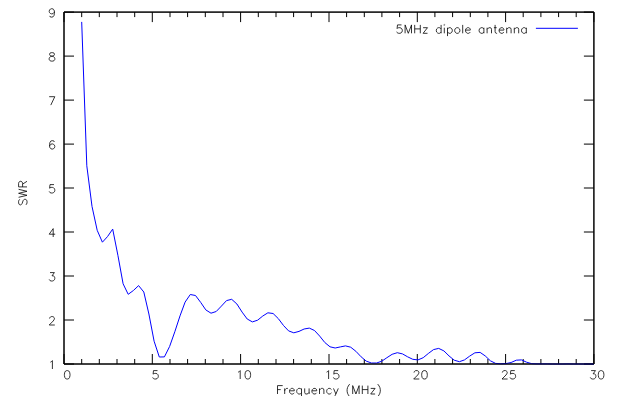 What this shows me is that my G5RV resonates slightly higher in frequency than the 80m & 40m amateur bands but that my 5 MHz dipole and the Inverted-L resonate exactly where I want them to.

Even better is that I have got an antenna analyser for less than the price of a pint of beer. Cheers!

WSPR comparison between Inverted-L and G5RV 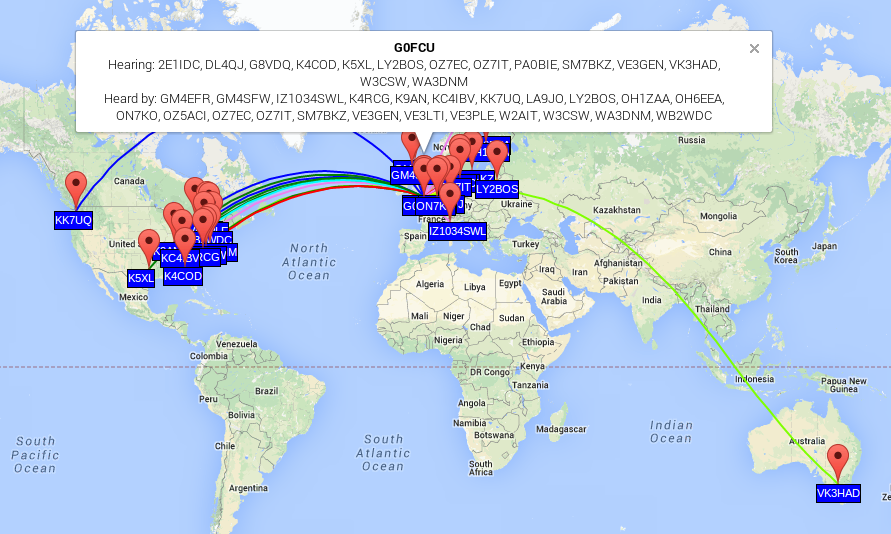 WSPR spots using 5W on 20m with my Inverted-L

I managed to get wsprx working in receive mode on my new installation of Linux Mint 16. The realtime waterfall makes it much easier to ensure that your radio is accurately set to receive in the wspr sub-band. I found that my FT920 reads about 40Hz low as a result. However, it crashes when coming out of transmit mode. Consequently, I installed the older version wspr 2.0. This also had a problem with one of the Python libraries but there was a fix documented on the wsprnet.org website.

The waterfall used in wsprx

This means that I can now run wspr with a little more power than previously, my broadband HF amplifier only produces about 0.5W. I have been wspr'ing with 5W and the results using my new inverted-L you can see in the screenshot at the top of the page. I am amazed at how far 5W will reach. However, it is a little too easy, on my first transmission my signal was received by KK7UQ on the west coast of the USA.

After an hour wspr'ing on the inverted-L I switched to my G5RV and the difference is considerable. Although the G5RV is higher than the inverted-L (around 12m versus 6m high) one leg runs E-W and the other leg NW-SE. The inverted-L runs SE-NW pointing directly at north America. The resulting wspr spots from the G5RV are below. 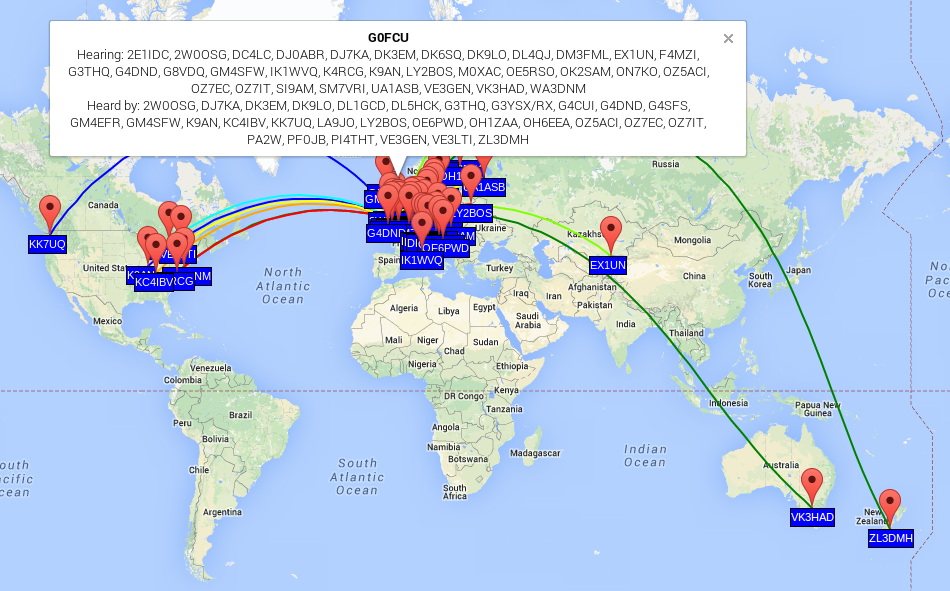 Interestingly I received VK3HAD equally well on both antennas and KK7UQ received me equally well until dusk fell when a few more US stations heard me and were heard by me.

Along the greyline I was heard by ZL3DMH at 19016km distance.

This isn't a scientific test, by any stretch of the imagination but very interesting none the less. However, what it has shown me is that 5W and wire antennas equals QRO in wspr terms!
Posted by simonhk (G0FCU) at 21:44 No comments: